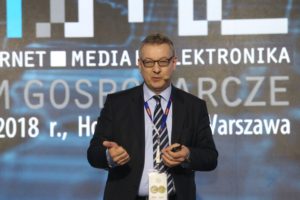 The 10th TIME Economic Forum, the meeting of European digital industry leaders, has just ended. Over the two days of the Forum, Warsaw hosted the leaders of the European ICT industry who actively participate in the development of Industry 4.0. The subjects taken up during the Forum and prepared by the Boards of the National Chamber of Commerce of Electronic Industry and Telecommunication (KIGEiT), the Polish Chamber of Information Technology and Telecommunications (PIIT) and the German Electrical and Electronic Manufacturers Association ZVEI met with a wide acclaim from the part of the members of the state administration and the representatives of ICT and electronics industry attending the event.

The opening speech was given by Jadwiga Emilewicz, the Minister of Entrepreneurship and Technology. She pointed to the crucial role of integrating the EU marketing in boosting the development of the European Economic Area. The first day of the Forum was dedicated to the subject of Industry 4.0. During the second day, the conditions that need to be met in order to boost the investments in 5G networks were discussed. During 2 plenary sittings and 7 presentations, practically all speakers and participants of the discussions pointed to the impact of AI on the further development of industry and infrastructure.

The international character of the Forum was even more pronounced by the fact that the first day of the conference was covered by the patronage of the European Engineering Industries Association, ORGALIME, and the second day was covered by the patronage of DigitalEurope, a European organisation that represents the digital technology industry. The speeches on the behalf of the organisations were made by their CEOs, A representative of the EU, Mr Yves Paindaveine (Head of Sector, Digitising European Industry Governance) presented the actions of the European Commission aimed at the development of Industry 4.0. 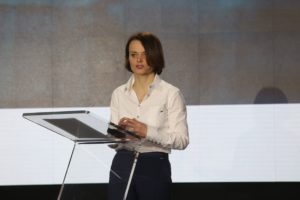 KIGEiT signalled the need to launch a three-pillar socio-economic policy covering the social, industrial and infrastructural sphere. It was shown that this would allow to limit social tensions resulting from rapid changes in the labour market and to increase the benefits resulting from the increase in productivity. The fourth Industrial Revolution means the acceleration of the globalization process, which requires strengthening and boosting harmonisation processes within the EU market. Only a fully integrated EU market can help local European economies to keep to keep pace with competition from other global markets. The heads of the entrepreneurs’ organizations present at the Forum have declared their will to cooperate in order to create conditions for maximizing benefits stemming from the opportunities that open up in relation to the expected increase in productivity.

During the second day of the conference, an important point was made by Marcin Cichy, the President of the Polish Office of Electronic Communications, who presented the issues and opportunities faced by the Polish ICT market. During a comprehensive presentation, he discussed the problems that need to be solved and the growth potential that lies in the development of the 5G data transmission network. Another particularly interesting presentation was made by Chaesub Lee, the Director of the ITU Telecommunication Standardization Bureau.

Once again, the entrepreneurs’ appeal for building a truly single market and levelling development differences between individual EU regions was heard. It was emphasized that closer cooperation is needed. This cooperation requires the development of a concept of changes adapting the conditions of running a business to the needs and opportunities resulting from the development of knowledge, technology and tools. Industry 4.0 – the industry of the future, the knowledge society, 5G networks, etc. are the manifestations of the same general phenomenon – the process of implementing “thinking technology”.

During the seven sessions the changes taking place in particular sectors were discussed: 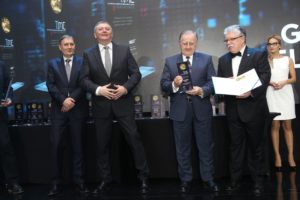 During each session, a number of specific issues were highlighted. All the conclusions and postulates of the participants of the sessions, as well as their input and thoughts will be used in the dialogue we are building with the central administration and the EU institutions. A radical shortening of the time devoted to political quarrels and a faster transition to practical consolidation and harmonization measures were called for. Detailed conclusions from the discussion will be presented in a separate report from the meeting, which will be forwarded to the representatives of governments, organizations and the European Commission present at the meeting.

In general, the following conclusions were reached:

All the participants were convinced that the organisations taking part in the Forum (that is KIGEiT, PIIT, ZVEI, DigitalEurope and Orgalime) will use the conclusions coming from this Forum in the discussion on a EU reform, which will be held on national and international forums.

We are confident that this will impact the shape of new laws, regulations and decisions relevant to the development of the European economic area.

The determinant of all the activities should be the thesis that the key to success is the rapid inclusion of the SME sector in the development of the Economy 4.0.